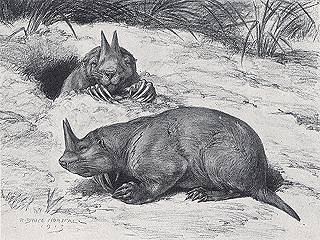 Horned Gophers lived in the prairie areas of Nebraska and have been extinct since the Pliocene. They had two horns which were made of compressed hair and nail like substances. Horned gophers are the smallest known mammals to ever have horns and the only known horned rodents. 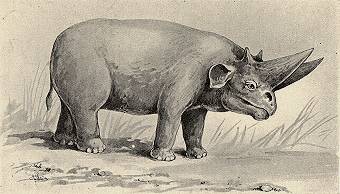 Arsinoitherium are related to elephant species. These extinct mammals were rhinoceros-like herbivores that lived during the late Eocene and the early Oligocene of northern Africa from 36 to 30 million years ago in areas of tropical rainforests and mangrove swamps. They stood 5 feet tall at the shoulders, were 10 feet long and weighed more than 2 1/2 tons. Their enormous horns were solid bone.

Moropus (right) lived in North America during the Miocene from about 23 to 14 million years ago. Moropus were herbivores with long front legs and horse-like snouts. They are related to horses, rhinos, and tapirs, although they differed in that they had three-clawed front feet rather than hooves, which they may have used for foraging or defending themselves. 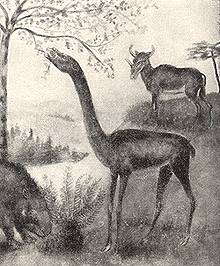 Aepycamelus were camelids that lived in the prairies where the great plains of North America are now during the Miocene between 20 and 5 million years ago. They had leathery skin pads on their legs that functioned as cushions when the animals knelt to rest like those of modern camels.

Titanotheres, or Brontotheres were hoofed mammals that lived between 56 and 34 million years ago during which some species evolved to have huge bulky body sizes up to 8 feet in height with with strong, pillar-like limbs, massive skulls, and bizarre hornlike skull appendages. Their remains are numerous providing clear records of varying forms. 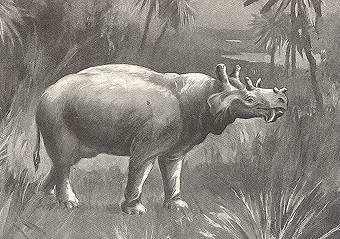 Dinoceras anceps, formerly known as Dinoceras mirabile were mammals that lived during the early Eocene 52 million years ago in the areas of Utah and Wyoming. They were herbivores that grew to 7 1/2 ft tall, 13 ft long, and weighed 2 1/4 tons. An exceptionally thick skull left a small cranial cavity for brains. 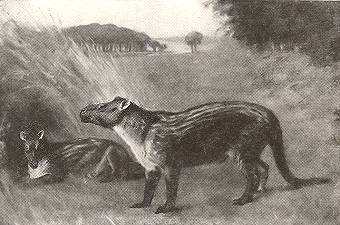 Phenacodus lived about 55 million years ago, evolving only 10 million years after the dinosaurs had gone extinct and was one of the earliest of the first hoofed mammals, possibly a predecessor of the long lineage of hoofed animals. 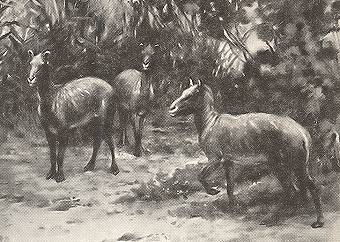 Hyracotherium, reclassified as a palaeothere, is related to both horses and brontotheres. [Florida Museum of Natural History, the National Science Foundation and Wikipedia] The “Dawn Horse” lived in the early Eocene, about 50 million years ago in Asia, Europe and North America, was less than 20 inches long and stood less than 10 inches tall at the shoulder. This tiny horse was preyed on by early dog and cat like predators and even giant carnivorous birds! 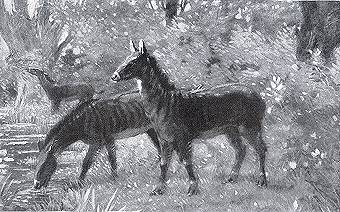 Hypohippos was a Miocene horse that inhabited heavy undergrowth in North America. Early North American horses were not the ancestors of present day horses. 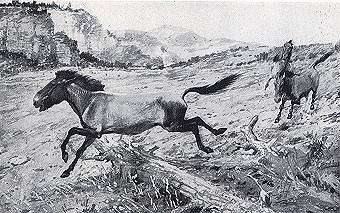 A Pleistocene horse that lived in North America.

A Pleistocene horse that lived in North America. 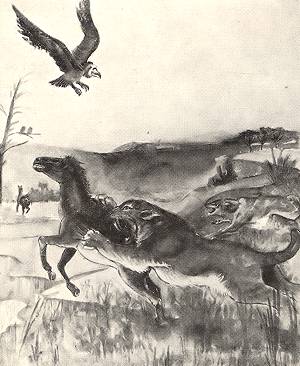 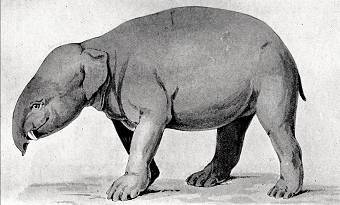 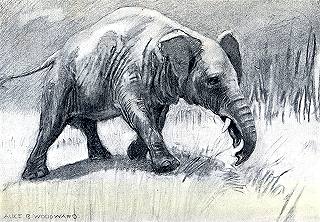 Palaeomastodons stood little more than 6 feet tall and lived from around 34 to 30 million years ago. 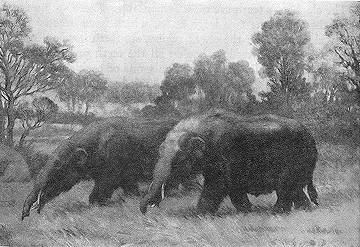 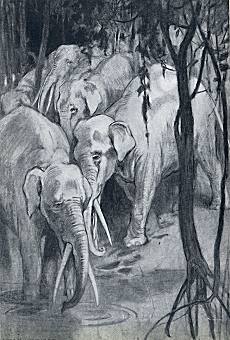 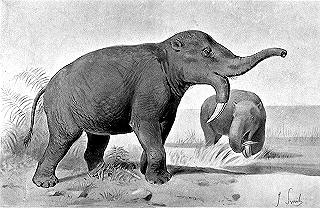 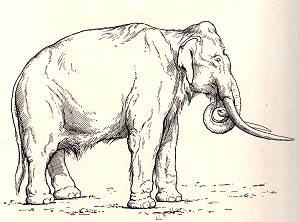 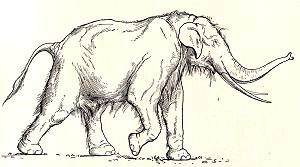 Remains of this 400,000 year old elephant have been found in England which would have been twice the size of the largest modern African elephant. One in particular was found with flint tools which may indicate it was hunted and eaten by humans.

Remains of this 400,000 year old elephant have been found in England which would have been twice the size of the largest modern African elephant. One in particular was found with flint tools which may indicate it was hunted and eaten by humans.